“She doesn’t want to see or speak to you anymore.”

Sarton’s words are like a punch in the stomach, and the head, and a few other places besides. “What? Why?” is all I can cry out.

Sarton looks pityingly on me across the dining table. “In the time between when you left this place and came back needing my help, did you have a particularly lengthy or realistic vision?”

I try to think back. “I might have. It was really getting hard to tell.”

“Well, on at least one occasion you were acting it out with a young woman of, shall we say, notorious reputation, who got a great deal more than she bargained for,” Sarton explains. “I believe the term is ‘rough play.’”

I have only one question. “Who? You don’t happen to have a name, do you?”

Sarton nods. “I even had her brought here to question, to see if her story was true. She’s called Elfra, Stagga’s daughter.” 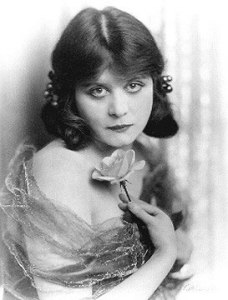 No doubt Elfra is a sweetheart, on her own terms

I drop my head into my hands. I want to cry. Elfra. I couldn’t have made a worse choice. It’s not that she’s bedded a lot of servants. She has. But so what? She likes sex. Who doesn’t? No, the problem is that Elfra is the kiss-and-tell type. Very, very much so. Oh, and added bonus: she and Paviara hate each other. I do not know why, but they do.

I look up. I have one hope. “Have you talked to Paviara?”

“Indeed, Tollon, I have,” Sarton says in a funereal voice. “She came here to let me know . . . well, she strung together a long list of vulgar names, including a few I’ve never heard before, but presume from her tone were not meant in praise of your character.”

One last possibility. “Did you try to talk to her?”

Sarton actually has the nerve to chuckle. “I’ve been married five times, boy. I can tell the difference between a woman who’s been injured and is looking for an apology, and one who’s been severely injured and would rather never deal with that person again. Your Paviara is right now in the latter category. If you know her well, how do you think she feels?”

“No, any more than I was going to try to explain to your girl.”

Not exactly a ringing endorsement. But I have to do this.

I get only as far as the servants’ stairs before I get accosted by someone I know. Rasmin gives me a slap on the back. “I head you’re handy with a belt,” he says with a laugh.

Rasmin is both embarrassed and amused. “Oh, you know . . . some people like that sort of thing.”

I’m about to explain that I don’t. And then I recall that while I was under Vorana’s control, whips were involved at one point. Inwardly I cringe. This is even worse than I thought.

I brush by Rasmin. And two dozen others I encounter. I endure a number of shouts about Elfra and belts. I finally make it to the Palace Kitchen.

I make a beeline for Paviara. She turns and sees me coming. She screams. Paviara is screaming at me! But I can explain!

Someone punches me in the side. I turn to push him off, and I get hit from the other side. Something solid (a rolling pin?) smashes into my back. Another. I trip. Something breaks on my head. There’s blood on the floor. I go sprawling. I try to curl up, to protect myself. I remember Sarton gave me a spell to hurt people who hurt me. I’m being kicked. How did that spell go?

Somewhere along the line, I lose consciousness.