“Why are there two women haunting you?”

Jallia’s remark makes no sense to me. “What are you talking about?”

“You don’t know? Hmmm.” Jallia looks at me as if I’m mentally subnormal. “While we’ve been sitting here talking, two ill-defined ghosts appeared behind you. They were definitely women, though.” She laughs. “Tollon, have women been killing themselves over your heartless rejections of them?”

“Not that I know of. You mean right here, right now?” I have trouble believing this.

“No, silly, last equinox in the queen’s boudoir.” Jallia’s look changes from amusement to concern. “You really didn’t know about them?”

I shake my head. “Are they still here?”

“No, they both looked as if they were checking up on you. In fact, the way they acted makes a lot more sense if they’re alive. So much for my theory of dead lovers.” Jallia looks a bit put out.

“Can you tell me any more about them?” 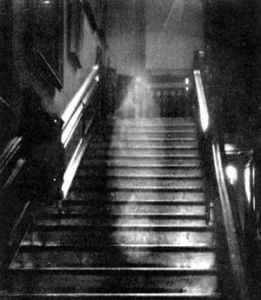 She ponders the matter. “They were really little more than shadows. But one of them was sort of a glowing shadow, if that makes any sense. What do you think they are?”

“If they are real, whatever that means in this context,” I work it out, “they’d have to be projections, observers. A magician can do that, throw out a copy of himself to see what’s happening elsewhere.”

“And you didn’t notice this because?” This is why my sister is a smart aleck.

“Because I’m not all that sensitive to magic. A lot of magicians aren’t.” And I work the rest of it out. “But you, it seems, are.”

We spend about another hour with my testing my sister. Jallia turns out to be very sensitive to magic. Not that she can do any, at least nothing that I asked her to try to do. But she does admit to some spooky episodes. We decide that what she has is what people call “the second sight.” And she’d better stay very quiet about it. People with the second sight aren’t well-liked. They see misfortune coming just often enough that if they tell people about it, they get a bad reputation.

After a night’s sleep and a breakfast grudgingly given, Jallia accompanies me to the edge of the village on my way out. She points out a few places where her “second sight” has shown her things. It’s an impressive collection of visions. I’m beginning to wonder if she should have been training with Sarton, not me.

As a joke, I ask her, “Will I succeed in killing the dragon?”

I am immediately sorry I did so. Jallia fixes me with a look, as if she’s looking into me and through me. She shakes her head and frowns as she replies, “It’s strange. There’s something good that happens to you, and something bad. There is life and death. Death is good and life is bad.” She shakes her head again. “I have no idea what that means.” She gives me a worried look. “Be careful, Tollon. Whatever it is, you are not expecting it. Be on your guard.”