“Visitors,” the seventh chapter of The Dragon Lady of Stockbridge: A Tale of Magic in the Gilded Age, is now up at this link. Who is the madman lurking in the parlor? Is Rebecca’s party a smashing success? If you’ve not read the previous chapters, you can start here. A new chapter arrives each week.

A few weeks ago, it was Cornelius Agrippa’s birthday. Today is the birthday of a more notorious magician, Aleister Crowley (1875 – 1947). “Do what thou wilt” was his rule. His emphasis on will, sex, and occult magic in the many orders he founded shaped much magical thinking in the 20th and now the 21st century. 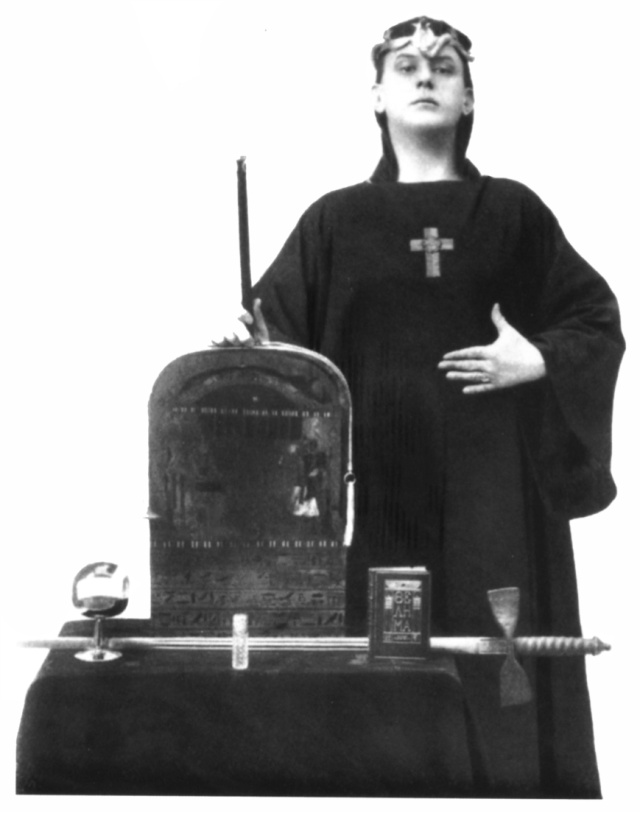 At the time The Dragon Lady of Stockbridge begins, Crowley is not quite 11 years old. I suspect he would have a poor opinion of Rebecca Farnsworth Maxwell, and she would have an equally dim view of him. In the Sillyverse, the world in which my story is set, the two of them never meet. However, in two weeks’ time, it will be the birthday of another historical figure who is connected to one of the characters in this story.

I enjoy history because it helps me understand people. I'm writing fiction for much the same reason.
View all posts by Brian Bixby →
This entry was posted in Dragon Lady, History, Writing fiction and tagged Berkshires, Fiction, History, Magic, Science fiction, Writing. Bookmark the permalink.