Chapter 7 of Prophecies and Penalties 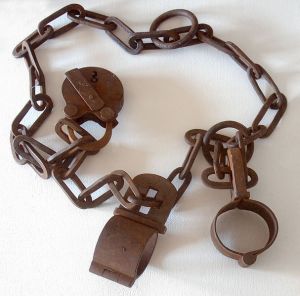 Read the chapter, then you’ll understand!

Last chapter concluded with Milltown’s treasurer, Sonia Hoopes, dropping a bombshell in Emily’s lap. This time, it’s Tanya, Emily’s new servant, who does the unexpected. See why Emily needs three hands in “Love and Authority,” chapter 7 of Prophecies and Penalties. And if you haven’t been reading this weekly serial of murder set in a religious community, you can start with chapter 1 right here. A new chapter goes up each week!

One of the practices that made writing The Dragon Lady of Stockbridge: A Tale of Magic in the Gilded Age so much fun was that I was writing three chapters ahead most of the time. I think it helped me in plotting and writing, because I could review each chapter several times, figure out whether a plot thread was going to work, and change earlier chapters if a later chapter demanded it. It was one of my great disappointments last year that I wasn’t able to get ahead while writing Martha’s Children, and I think it adversely affected the quality of that story. I should have included more groundwork building up to the climax. In contrast, it hardly mattered that I was writing the chapters of Nightfeather: Ghost each day before they were due, because I had a firm grasp of the characters and plot from the beginning, better than I had for either of the two previous stories.

I’m hoping Prophecies and Penalties will benefit from both practices. While its plot is still evolving in my head, it’s already quite rich, and, yes, I do know who the murderer is and how the story will end. And I’ve finally gotten several chapters ahead again. So I’m feeling quite good about it right now.

I enjoy history because it helps me understand people. I'm writing fiction for much the same reason.
View all posts by Brian Bixby →
This entry was posted in Prophecies and Penalties, Writing fiction and tagged detective story, murder mystery, religious commune, Writing. Bookmark the permalink.

17 Responses to Chapter 7 of Prophecies and Penalties