I have a lot of books. I read a lot of books. And yet some books I keep coming back to, time after time, until their bindings crack and they are candidates for replacement, or, oddly enough, the recycle bin. So I thought I’d go through my library and see what qualifies.

Right at the top are two history books, William Shirer’s The Rise and Fall of the Third Reich (1960) and Historians’ Fallacies: Toward a Logic of Historical Thought (1970) by David Hackett Fischer. One could say Nazism is a historical fallacy, but the connection between these two books for me is a lot deeper than that. Shirer’s book was my introduction to a realistic political history, demonstrating how people, institutions, and customs interacted, often in unexpected ways, to create and destroy Hitler’s state. While Fischer’s book is a serious look at how historians, professional, classical, or amateur, go off the rails with what often sound like plausible arguments.

Both books are outdated now. I know Shirer got some things wrong, and Fischer often used examples from academic controversies of the 1960s to make his points. Yet I often wish more people read Fischer’s work, because I see his fallacies crop up in social media all the time. And Shirer’s lessons about how informal power structures shape history as much as the formal ones are worth remembering.

Turning to fiction, Jane Austen’s Pride and Prejudice (1813) is the book I read when I’m depressed in the wee hours of the night and need some snappy dialogue and cheerful thoughts. While The Heritage of Hastur (1975) by Marion Zimmer Bradley impressed the hell out of me at the time, thanks to its exploration of both politics and sexuality in a science fiction setting. MZB’s reputation has taken a nosedive because of allegations of extensive sexual abuse by her and one of her husbands, which raises the difficult question of how much we separate the writer’s work from the writer. I respect the novel; I am disturbed thinking about what human costs contributed to it. 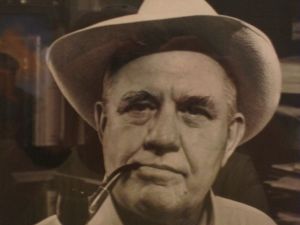 Finally, there are heirlooms. My father passed along some books to me over the years. The very first was a book about legends of buried treasure in the American Southwest, J. Frank Dobie’s Coronado’s Children (1930). Dobie told wonderful stories, and introduced me to a very different part of the world. I wanted to go off and dig for buried treasure! While The Literary Digest 1927 Atlas of the World and Gazetteer showed me that there were many strange places in the world, and that people of that time did not fully understand the history that was being made right before their eyes. There’s a lesson to keep one humble about one’s own place in history.

Again, both books are in different ways obsolete. (That does seem to be a common feature of non-fiction with historical dimensions.) While his liberal politics once cost him his position at the University of Texas, Dobie’s attitude toward Blacks and Hispanics as expressed in his book seems condescending now. And not only is the Atlas long out of date, but its parent publication, the Literary Digest, folded not long after famously predicting the wrong winner of the 1936 Presidential election. It turned out the Digest‘s polling technique was disastrously flawed, being seriously biased to the well-off, which is why it predicted a Republican victory. Instead, Democrat Franklin Delano Roosevelt won his third term by taking every state except Maine and Vermont.