So I’m off to ARISIA 2014, which bills itself as “New England’s largest and most diverse science fiction and fantasy convention.” As you might recall, I made up a Dragon Lady t-shirt before going last year. It got zero attention, which when you see the elaborate costumes there makes perfect sense. So no new t-shirt with the Chicago Vampire Bureau or a black feather on it. 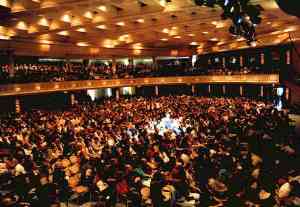 Actually, most panels meet in small function rooms that seat about fifty, and the costumes are more colorful

Last year, my goals were to go as prospective author to learn everything I could. At that point, I had just finished The Dragon Lady of Stockbridge, so I felt fairly new to the game, and ignorant to boot. As I reported afterwards, ARISIA 2013 was a good experience for me. I learned a lot about how fans and would-be writers and some less famous writers view the field, got some tips on writing and publishing, and scarfed up far too much junk food.

This year’s goals are a bit different, because I’m different. If you’re following this blog, you’ve seen me writing more and more. I think I’ve learned more about how to write, even write well. And I’ve made mistakes, too. (There are several reasons why Martha’s Children drags in places.) One of the priorities for this year is to clean up a story or two and take them to publishers. So, that, updating my knowledge of the field, and this time even just going to fun panels, will determine what panels I attend. And I even plan to eat less junk food. (I don’t want my doctor mad at me.) Fortunately, the convention is but a subway ride away, so I can get back and forth between the convention and home as needed.

Editors in the old days

I happened to have an editor at one of the sci-fi/fantasy publishers drop by the house the other day on a social call. This is not a person with whom I was on familiar terms. I was caught between dearly wanting some professional feedback, and not wanting to impose on a person who probably gets way too many requests to just look at someone’s writing. Well, since I was serving in turn as a historical consultant for the editor’s partner, I let temptation get the better of me. In return, I got some positive and constructively critical feedback. (Thank you, kind editor!)

With that in mind, I’m going off to ARISIA with a light heart, no great expectations, but a chance to learn more and have some fun. And I’ll report back once I return.

I enjoy history because it helps me understand people. I'm writing fiction for much the same reason.
View all posts by Brian Bixby →
This entry was posted in Uncategorized, Writing fiction and tagged Arisia, conventions, fantasy, Science fiction, Writing. Bookmark the permalink.

4 Responses to Back to ARISIA