Freedom of the blog 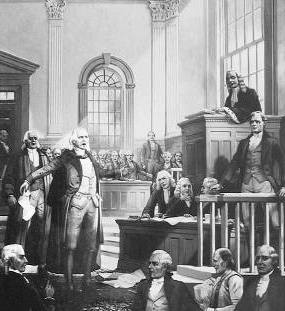 It was on this date in 1735 that a jury, in contravention to established law, acquitted Peter Zenger of libel against the colonial governor of New York, on the grounds that the so-called libels were actually true. It’s a celebrated moment in American history (and deserves a place in British history as well). It was one of the powerful precedents for our concept of freedom of the press.

One of the realities of the press, from that day to this, is that the press consisted of a limited number of outlets. In Zenger’s day, you needed some capital and the skills of a printer. A century ago, you needed larger amounts of capital to build or buy the presses that would run off your paper. Even the advance of broadcast television didn’t change that much, because the channels were few and expensive to buy and run.

The Internet’s early advocates hailed it as a democratic platform, in which every voice could be heard. It wasn’t quite true, one needed technical skills to build a presence on the Web, but certainly the Internet opened up more opportunities for people to communicate news and opinions at a relatively cheap cost. Otherwise I’d not be posting this here today! 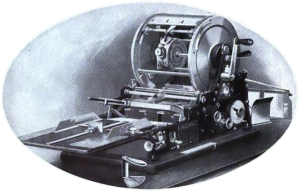 Ah, the smell of the ink from these things takes me back to junior high school!

Still, after more than two decades, we see that the Internet’s promise as a democratic system has not been fulfilled. It may be a different set of companies and names, but Big Media controls most of the content of the Internet, when one factors in frequency of access. Most bloggers are in a similar position to the people who used to publish mimeographed ‘zines several decades ago: marginal figures, not the “real” press.

However, today’s bloggers have a reach that the old zine publishers could only dream about. My own blog has been viewed by people in about 100 countries (though I have to wonder what the solitary viewer in Antigua and Barbuda was looking at). With that sort of exposure comes new issues. Can I be prosecuted in a foreign country for something I said that’s legal here? How does copyright work for posting something up on a blog? Am I in any sense running a “press” here? And whatever the answer to that last question, what rights, duties, and protections do I have?

I haven’t seen a well-thought-out philosophy for bloggers as yet. It seems that our most important obligation as things stand today is to adhere to the usage rules of our blog hosts. But those are a guide only to the legal and economic needs of the hosts, not a general view of the value of bloggers in a free and democratic society.

So I’m hunting for a persuasive statement of the value of bloggers and their role in our society. Anyone who knows of one, or who has ideas, feel free to discuss them in the comments. Because if we don’t have a good philosophy to guide us, then we’re likely to get stuck with a mishmash of laws and court decisions that will not work to our collective benefit.

I enjoy history because it helps me understand people. I'm writing fiction for much the same reason.
View all posts by Brian Bixby →
This entry was posted in History and tagged Blogging, freedom of the press, History, news, Peter Zenger, philosophy, Press, Zenger. Bookmark the permalink.

2 Responses to Freedom of the blog