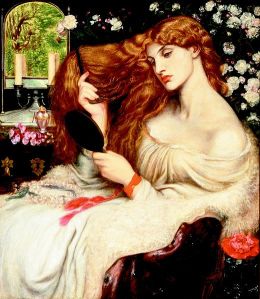 Harry Eberhardt will tell you he has a way with women. Well, with normal, sensible women, i.e., women who see him as charming. Then there are those few women, unnatural creatures, who fail to be impressed with Harry’s sterling character and charming manners. Among those may be numbered the increasingly disturbing Persephone Désirée Arabia Nightfeather Sanderson, who appears to be laboring under some sort of curse, and the redoubtable Valerie Theodora Thompson, Harry’s boss on his current assignment, who’s much more dangerous to Harry than any curse could be. So it’s a pity for Harry that these are the two women he has to spend the day with. As Harry would tell you, “Women are not pals” in chapter 11 of Magician’s Misfortune, my weekly serialized story about a government magician down on his luck in a demon hunt.

I enjoy history because it helps me understand people. I'm writing fiction for much the same reason.
View all posts by Brian Bixby →
This entry was posted in Magician's Misfortune, Writing fiction and tagged demons, fantasy, Fiction, Magic, occult, seven-pointed star, supernatural, Writing. Bookmark the permalink.