Back in December, I posted a query to readers, asking when and how it is appropriate to criticize the writings of others on their blogs. I should note I was thinking of literary blogs when I wrote this, though some of my readers considered the broader field of any type of blog that involves significant writing. I received several answers in response, and some more on my cross-posting to Facebook. I’ve thought over the answers I received, and read some other people’s blogs on the same and related subjects. 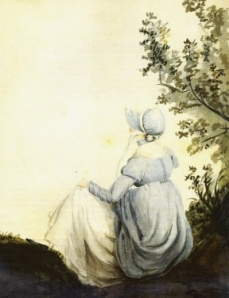 Because she published anonymously, is Jane Austen the Anti-Blogger?

The most important point most readers made was that blogs may be read by the public, but they are not public spaces. We have traditionally published works, which are definitely public. We have diaries that are private so long as they are not published by their authors, and immune from criticism. And then we have blogs, which are privately owned but are designed to be read by the public. In effect, the consensus was that the blog remains the author’s, and that it is not acceptable to criticize the blog’s content anymore than it would be to criticize the author. Praise, on the other hand, is always acceptable. We have “like” buttons, but not “dislike” buttons.

The comparison suggests when criticism would be appropriate: when the critic and author know each other well enough, and the author invites criticism. Moreover, just as one is not expected to insult someone to their face, criticism that is not constructive is ill-mannered. And that pretty much was the consensus of my readers. Moreover, most readers agreed that criticism should be leavened with praise for the positive aspects of the writing (with the proviso that if you can’t say anything positive, don’t say anything at all).

With those as the standard norms, we can set limits on the value of blogging and criticism. If you are looking for people to read your ideas and writing, to enjoy them, and to respond positively to them, blogging is a good idea. If you are looking to hone your writing skills and need searching criticism, blogging is only somewhat useful. A blog gives you a place to practice, with an audience. You should also be searching for fellow writers for mutual criticism, or an editor for high-caliber criticism.

There are at least two likely exceptions to these norms. Political blogs by their nature end up attracting opposing views. And blogs with high visibility and thousands of viewers have generally ceased to be individual amateur productions, and become more professional and commercial. So they should expect and be able to handle adverse criticism. Whether they do or not is another story, one I have not investigated in any depth so far.

Acknowledgements: My thanks to Elizabeth Blackbourne, danapeleg1, Catana, pam2626, crimsonprose, Richard Gassan, Helen Morey, Carole Scimemi, and Mark Martin for their feedback to the original post. (Hyperlinks to those with WordPress blogs supplied.) Any interpretation, misrepresentation, or simple distortion of their posts is my own responsibility.

I enjoy history because it helps me understand people. I'm writing fiction for much the same reason.
View all posts by Brian Bixby →
This entry was posted in Writing fiction and tagged Blogging, books, criticism, Fiction, Reading, Writing. Bookmark the permalink.

8 Responses to Criticizing others’ writing