Chapter 16 of Martha’s Children, and hierarchies

In chapter 16 of Martha’s Children, “The shadowed livery of the burnished sun,” ex-cop and vampire Sherlock Kammen gets down to the business of helping to build what will become Chicago’s vampire police, if all goes well. There’s no blueprint; Ned O’Donnell, Kammen, and their colleagues have to make up the rules themselves. Meanwhile Kammen continues on his quest to find out what happened to Martha Fokker.

If you’re not reading Martha’s Children, my serial set in 1969 Chicago, you can start here. A new chapter goes up every Friday before noon. 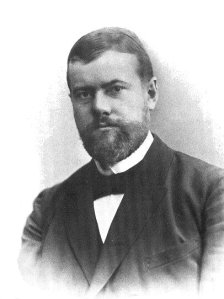 Weber is considered one of the founders of Sociology

A lot of Kammen’s problems in this chapter stem from the tensions created by an organization. Humans, like vampires, are hierarchical. We tend to look for leaders. At the same time, we often resent following leaders. A century ago, the sociologist Max Weber (1864-1920) argued that there were two types of leaders: charismatic leaders, who inspire and lead people by their own personal gifts, and bureaucratic leaders, who hold their position because they satisfied some sort of standard process for selecting leaders for defined positions. The founders of religious groups are often charismatic leaders. Sadly, their successors typically become bureaucratic leaders. Many of the Founding Fathers rose to their positions in the American Revolutionary leadership thanks to their own talents, making them charismatic leaders. Far too many American Presidents took office because they were the beneficiaries of a well-defined process, making them bureaucratic ones. (Weber actually put democratically elected leaders in a third category, for reasons not relevant to this exposition. Still, I don’t want to misrepresent his thinking.)

The vampires are trying to build a brand new organization, but one which is modeled on an existing bureaucracy, the  Chicago Police Department, so they really need both types of leadership at once. This is putting enormous strain on Ned, particularly because, like most people in the modern world, he’s much more used to bureaucratic leadership than the charismatic type. You hold a rank and position in the Chicago Police Department, you know pretty much what you can do. Just as importantly, you know how much you have to defer to higher-ups, and how much respect you should be able to get simply by virtue of your position from people below you. In other words, leadership is about manners as much as power. Ned doesn’t have that sort of well-defined social structure to support him as yet, but that’s what he’s used to and that’s what he’s aiming for.

All this reminds me of a time in my own life when I worked as a low-level manager for a large corporation. The corporation was going through hard times that would eventually destroy it. No one’s job seemed safe anymore. The managers in my part of the company had taken to hoarding information as one of their tools to control their staffs.

One day we had an all-managers meeting, in which the two senior managers tried to understand why they were having so many problems with the junior managers. They did the logical thing: they asked the junior managers to tell them. The junior managers conferred and came up with a list of reasons. And, wouldn’t you know it, they selected me to be one of their spokespeople. I think I was selected because some of the explanations the junior managers offered were dynamite, and they picked the youngest manager in the group, me, to be the sacrificial lamb.

I took their dynamite and added a touch of nitroglycerin. One of their complaints was the communication problem between the two layers of management, which was not limited to information hoarding. When I brought this up, the senior managers looked puzzled, so I tried to think of a way to crystallize what we junior managers meant. Well, even then I was a historically-minded individual, so I reached into my memory, and explained to the senior managers that the communication problem was similar to that between Hitler and his generals.

It was worse. As I said, there were two senior managers. One knew me fairly well. The other did not. He was of German ancestry. He wore a small mustache.

A nervous titter went round the room. Bright boy that I was, I realized something had gone wrong, and managed to get out some words glossing what I had just said into more appropriate management jargon, and then plowed on to the next point. The rest of the day went along, and while I got a few bemused glances, no one said anything to me.

About two weeks later, I ran into the senior manager I knew. He laughed about the incident (then!), saying that I was sometimes a bit too honest, not quite diplomatic enough. Then a few months later, we had a reorganization and a layoff. The senior manager of German ancestry became the sole senior manager. And I got laid off.

In truth, there were no doubt many other reasons why I was let go. Even so, I’d learned a lesson about violating unwritten but well-understood social norms about manners between different levels in a hierarchy. Why, I would go an entire decade before doing it again!

I enjoy history because it helps me understand people. I'm writing fiction for much the same reason.
View all posts by Brian Bixby →
This entry was posted in Martha's Children, Writing fiction and tagged Chicago, cops, fantasy, Fiction, hierarchies, leadership, supernatural, vampire, Writing. Bookmark the permalink.

14 Responses to Chapter 16 of Martha’s Children, and hierarchies