The Improved Order of the Guano Bats

Do you really want to be known as one of these? Wouldn’t you rather be a Guano Bat?

If you are reading this, you are almost certainly not a member of THE IMPROVED ORDER OF THE GUANO BATS. But you can be a follower. Followers (a.k.a wannabe Guano Bats) are called “owls,” most definitely spelled in lower case, because they are inferior creatures. True, they follow bats and sometimes manage to kill them, but they are bird-brains, unable to ask any questions more complicated than “who?” And they are blind in the day, just as those who are not members of the Guano Bats are blind to the truth.

(Yes, bats are blind in the day, too. We’re talking metaphor here, get it? Don’t push your luck, especially if you want to rise from follower to member.)

Members of the Improved Order of the Guano Bats meet in caves, not lodges. But, like the Freemasons, on which most American fraternal orders are based, they have three entry degrees. 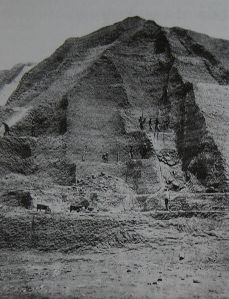 It’s a 19th century mine of you-know-what

The first degree is guano, because that’s what you are when you start in a cave: at the bottom of the totem pole. As guano, you get to do all the messy, stinky jobs, which so resemble your status in the cave.

The second degree is bat, simple. Not yet guano bat, don’t get pushy. As a bat, you have demonstrated the perseverance needed to be a successful member of the cave and a hunter of insects, which incidentally you will have to eat a plate of as your initiation rite in this degree. And you will have to pony up two years’ dues and the money for the fancy hat with bat wings you’ll get to wear during the ceremony, and when the Guano Bats go on parade. Surprisingly few members make use of this opportunity, though. We don’t know why.

Imagine the fun of hanging out with your fellow Guano Bats in the cave!

The third degree is guano bat. This is a high spiritual aspiration, and also a matter of great convenience: there is so much guano in the world, that if you can live off of it you are set for life. Prospective members for the third degree have to spend three nights in an actual cave where the temperature is in fact 3°F. (None of your subversive French metric crap here.) You have trouble surviving at that temperature? There’s plenty of guano in the cave to insulate you and keep you warm.

Members who reach the third degree will find they have a new perception of the world, and we’re not just talking about their desire for revenge on the cave members who initiated them. They will understand the nature of truth, be open to higher spiritual realities, make a lot of money, and have spectacular sex lives. Well, as long as they don’t repeat some of the things that happened during their initiations. I can’t tell you about these things myself, because first of all, you’re not members, and second of all, I was sworn to an oath of secrecy. If I ever violate that oath, my cave brothers and sisters will publish photographs of me from the initiation ceremonies. And we so don’t want to go there.

Membership in the Improved Order of the Guano Bats is open to members of any race, creed, color, gender, and planet, so long as they are sentient and can pay the dues and fees in cash. We also accept online payments, but don’t accept physical checks or credit cards — they are too hard to read in the caves. And besides, the treasurer of the New Haven Cave #21 (Masters of the Night Cave) absconded with a bunch of them some years ago, and we don’t want to see a repeat.

There are advanced degrees, which if you can afford them are great because they involve a lot less humiliation. Besides, they grant you access to the secrets of many occult disciplines, such as alchemy. (Secret: it doesn’t work.) Those members who rise to the Exalted Order of the Grand Panjandrums earn the special privilege of wearing jet packs in parades, though after the Great Indianapolis Thanksgiving Tragedy of 1997, they are asked not to use them.

I conclude this discussion of the Improved Order of the Guano Bats with a warning. Certain evil-minded individuals (not you, Worthy Grand Bat, Mass. Cave #3) have diverged from the truth to follow a left-handed path. They hook you into what looks like a properly ordered cave, and then offer you initiation into a 4th degree they call the Order of the Vampire Bat. Beware of these impostors! They are evil! 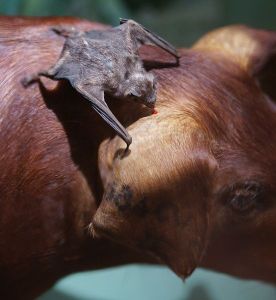 The face of evil! Preying on the unclean! Do you want to be like this?

I enjoy history because it helps me understand people. I'm writing fiction for much the same reason.
View all posts by Brian Bixby →
This entry was posted in Uncategorized and tagged Bats, fraternal order, Guano Bat, Humor, jet pack, third degree. Bookmark the permalink.

8 Responses to The Improved Order of the Guano Bats