The author around the time she wrote “Tales of the Uneasy”

Every year at Halloween, I dig up a “moldy oldy,” a generally forgotten book of supernatural fiction to read. This year, for a change, I tackled a pair of short stories collections: Tales of the Uneasy (1911) and More Tales of the Uneasy (1925) by Violet Hunt. My verdict: stick to the first volume, if you must, but there are better supernatural short stories out there.

Isobel Violet Hunt (1862-1942) is one of those people who is best remembered for whom she knew, not what she did. She knew the Pre-Raphaelites as a child, and wrote a biography of Dante Gabriel Rossetti’s wife Lizzie Siddal in which she maligned Rossetti. When she grew up, she received a marriage proposal from Oscar Wilde(!) and was the mistress of Somerset Maugham, H. G. Wells and Ford Madox Ford, though not all at the same time. The “Preface” to More Tales of the Uneasy engages in so much name-dropping of famous authors of the day that one might think Hunt was anticipating her future reputation. 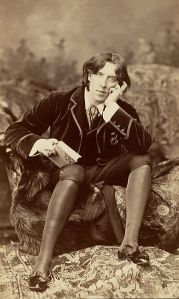 If this guy had proposed to me, I’d be pretty uneasy, too

I stumbled across Hunt’s “The Prayer” in an anthology of ghost stories written by women. It’s the ghastly story of a man who is brought back from the dead by his wife’s prayer. But this is no zombie story of the Haitian or Romero variety. The husband is quite normal, in most respects. And yet, as you read the story, he will definitely make you uneasy, just as he does all the other characters in the story.

Because “The Prayer” was collected in Tales of the Uneasy, I presumed it was a collection of supernatural stories. I was wrong. Hunt’s main interest is in psychological or social unease. True, the majority of the stories contain a supernatural element, but it is always coupled with some other troubling phenomenon. Many of the stories revolve around people being cruel in socially acceptable ways: women mistreat the men in their lives, mothers neglect their children, even the dead are none too careful about the living. And in many cases, they are either haunted or punished by supernatural means.

So far, I can appreciate Hunt. This is the way the supernatural should be used seriously, to illuminate human feelings and situations. Yet her stories aren’t very memorable. Every time I go back to the book, I have to leaf through the pages to remember what most of the stories are about. Though “The Tiger-Skin” is possibly the grimmest story about eugenics I’ve ever read that didn’t involve mass murder, and worth a look. 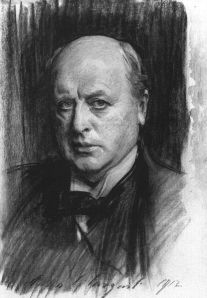 In her preface to “More Tales of the Uneasy,” Hunt gives credit for the title to Henry James

By the time she got to More Tales of the Uneasy, I suspect Violet Hunt had run out of steam. The supernatural element has receded to a minor role in two of the four stories, while social tensions are cranked up. In fact, it is only Hunt’s ability to show us people who make us feel uncomfortable that saves two of the stories from being just hack work. The most effective tale, “The Cigarette Case of the Commander” contains no supernatural element at all. Two murky situations that arose out of a wartime party during which morals were not at their best become the tools four people use for their own purposes when they meet at the same house a few years after the war. You don’t want to be any of these people, and yet they are all perfectly respectable.

After reading that anthology of women’s ghost stories, I was inspired to read other collections of short stories by Gertrude Atherton and Vernon Lee as well. Of the three, I’d place Lee’s collection first, Atherton’s second, and, sad to say because I do love “The Prayer,” Hunt’s last.