When the Devil went to law in America 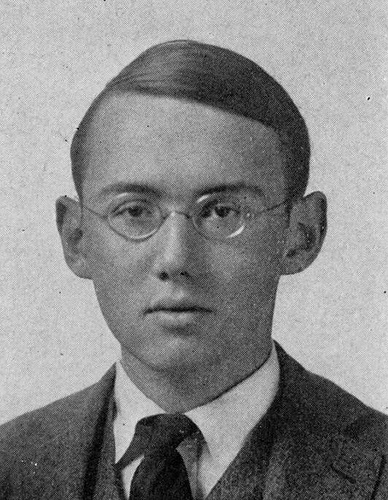 Today, July 22, is the birthday of Stephen Vincent Benét (1898 – 1943). He rose to literary fame for his lengthy 1928 historical poem, John Brown’s Body, and remained a notable literary figure until his sudden death from a heart attack at age 44 during the Second World War. Since then, despite posthumously winning the Pulitzer Prize for another long historical poem, Western Star, he has become a forgotten figure. If he’s remembered at all these days, it is for two short stories, The Devil and Daniel Webster (1936) and By the Waters of Babylon (1937). They’re both worth a peek, so I’ve given hyperlinks to their texts. 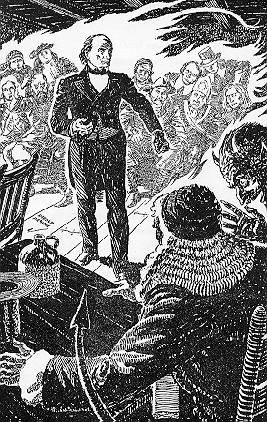 The Devil and Daniel Webster is a charming historical fantasy in which a larger-than-life Daniel Webster (1782 – 1852), the great antebellum lawyer and orator, takes on one Scratch, also known as the Devil, in a jury trial for the soul of Jabez Stone. Despite the presence of several dark figures from American history, the story is permeated with patriotism, while offering a simple truth about what makes life valuable. The story has remained very popular, having been turned into a play, twice made into a movie, and copied or parodied endlessly.

[Spoiler alert, in this paragraph only!] By the Waters of Babylon has never had quite the popularity of the earlier story, deservedly so, as it’s not as rich in personalities and details. It doesn’t help that its theme, the possibility that a priesthood will revive 20th century technology after an apocalypse, anticipates Fritz Leiber’s Gather, Darkness! (1950), and has been done to death in the decades since then.

I went looking for an appropriate picture to put on this post for By the Waters of Babylon. I found not just one, but a series of painting which were partially inspired by the story, done by an artist named Susanne K. Arnold. Rather than abuse her copyright by copying them here, I direct you to her blog where pictures of her paintings are posted. I think the first one in particular evokes Benét’s story.