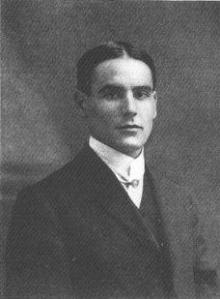 William Hope Hodgson (1877 – 1918) was a modestly successful English writer in his day, until he joined up in World War I and was killed on the battlefields of France. His reputation, never great, languished for several decades. In that respect, he resembles H. P. Lovecraft, who in fact praised Hodgson’s The House on the Borderland for its weird horror. Hodgson’s short stories of nautical horrors were occasionally anthologized, but that was about it. However, in the last few decades readers have been rediscovering more of Hodgson’s stories, such as those featuring the occult detective Thomas Carnacki. One sign of this improvement is that Night Shade Books has been putting out a splendidly bound edition of his collected fiction in several volumes.

For this year’s “moldy oldie” horror/supernatural story, I decided to tackle Hodgson’s The Ghost Pirates, published in 1909, the shortest and most accessible of his four published novels. The Ghost Pirates, according to the introduction in the third volume of the Night Shade Press edition, was a “solid” success when it was published. I’m happy to say that the novel holds up very well a century later.

So what’s it about? Dead guys with eye patches and cutlasses, a precursor to the Pirates of the Caribbean movies? No, no, no. Hodgson is more subtle than that. First, you should keep in mind that Hodgson wrote stories featuring natural and supernatural threats. You can’t initially be sure of what you’re dealing with in any given story. (That’s one of the virtues of the Carnacki stories: you don’t know if Carnacki is facing a ghost or an annoyed prankster.) And Hodgson spent the better part of a decade at sea, so he knows whereof he speaks. Indeed, one sometimes feels the need for a glossary of sailing terms when reading Hodgson.

Our protagonist is a sailor who comes aboard the Mortzestus, a ship with an unlucky reputation, while it’s in port in San Francisco. There is only one crewman aboard from the ship’s previous voyage, who has stuck with the ship because he wouldn’t be paid otherwise. This other crewman makes vague allusions to past troubles, without putting any sort of name to them.

As you might expect, the Mortzestus is only under sail for a few days when things start getting a bit odd. Our narrator is not an unintelligent man, and he tries to make sense out of what is happening. The problem is that the more sense he makes out of what he sees, the less sense his explanation makes! And soon the mysteries become deadly . . .

And that’s The Ghost Pirates in a nutshell: it’s a straightforward story of terror and horror that becomes increasingly mysterious. Straightforward and mysterious, now there are two terms I’d not thought I’d use to describe the same plot. It’s a good yarn. It won’t knock your socks off, but you’ll be happy you’re reading it on dry land. 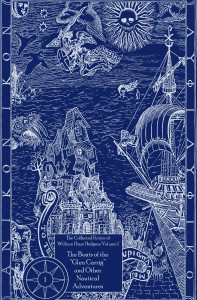 The covers for the Night Shade Press volumes are gorgeous

Hodgson wrote copiously in the years before the war, and he wasn’t above reusing and refashioning his stories in other forms. One of the advantages of reading The Ghost Pirates in the Night Shade Press edition is that it’s immediately followed by a short story, “The Silent Ship,” which is a reworking of the epilogue to The Ghost Pirates. It offers a different twist of horror to the original story, one which complements The Ghost Pirates quite well.

If you read The Ghost Pirates and like it, I’d suggest going on to Hodgson’s short stories of nautical horrors, such as “The Derelict” and “A Tropical Horror.” Or you might tackle the Carnacki stories; there’s nine of those, though some editions that call themselves “complete” only feature the six published in Hodgson’s lifetime. I have not read it yet, but I gather that The Boats of the “Glen Carrig” should also appeal to fans of The Ghost Pirates. If your tastes run more toward weird fiction like Lovecraft’s, or if you liked Olaf Stapledon’s Last and First Men, then, yes, The House on the Borderland is for you. I make no recommendation about Hodgson’s other novel, The Night Land, because I haven’t read it and because critical reactions are so divided, with some people greatly liking it, while others accuse it of being unreadable between being too long and overlain with too much sentimentality.

One more post for today, and then it’s time for Halloween candy!

I enjoy history because it helps me understand people. I'm writing fiction for much the same reason.
View all posts by Brian Bixby →
This entry was posted in Reading fiction, Reviews and tagged books, Fiction, Hodgson, horror, Reading, review, supernatural, The Ghost Pirates, William Hope Hodgson. Bookmark the permalink.