Women as werewolves: reviewing Ginger Snaps and When Animals Dream 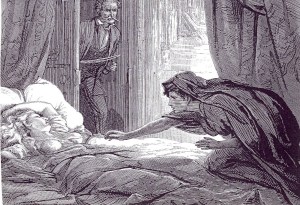 Horror creatures began as men. Varney the Vampyre and Dracula, Universal’s werewolf, even the original mummy monster, they were all guys. “Ah,” but I hear you say, “what about J. Sheridan Le Fanu’s Carmilla?” Thank you for making my point. By all rights, Carmilla should be as well-known as Dracula, which it predates by over two decades. And if vampires are about sex and rape, then the bisexual Carmilla should have blown Victorian minds altogether. Maybe it did, and that’s the problem: a sexually empowered female rapist was just not an acceptable possibility in Anglo-American culture in those days. And not very acceptable now, either.

Werewolves can be about sex, too. Remember how in An American Werewolf in London (1981), werewolf David Kessler is symbolically killed by his English lover? And how in the movie Kessler specifically ties the idea back to Universal’s The Wolf Man (1941)?

See? Femininity and blood can be fun!

So what happens when we get female werewolves? Well, horror films are typically not noted for subtlety, so we get blood. Not just other people’s blood, but menstrual blood. And sex. Yep, becoming a werewolf becomes a female form of puberty. Somehow with a guy, this can be played for humor, as in the original Teen Wolf (1985). With girls? Oh, the horror! Sexually empowered women are dangerous beasties, as the two films, Ginger Snaps (2000) and When Animals Dream (2014; Danish with English subtitles) demonstrate. Ginger and Marie both have unprotected sex and start killing people. And people thought Twilight was about abstinence! 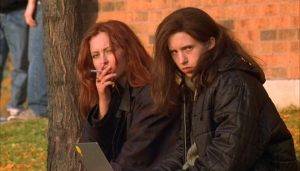 Ginger smokes, has sex, and turns into a werewolf. Bridget lives in Ginger’s shadow . . . until she has to take charge.

What’s interesting about these two films is that they are effective because they place their werewolves in social contexts that make us concerned about their fate. Dracula preys on women, so we hope he gets staked; we have no personal interest in him. Ginger, on the other hand, has a loyal younger sister named Bridget who goes all-out in trying to save Ginger. While Marie has a troubled family and hostile community that makes her social isolation heartbreaking.

Otherwise, the films couldn’t be more different. Ginger Snaps is a Hollywood film about werewolves. The lead is pretty, her transformations are extensively portrayed, and the menstruation, sex, and gore are all as obvious as can be. Ginger’s every outcast girl who turns into a slut, and we know how troublesome those are. But, ironically, she’s humanized by the sister she’s dominated in past. Bridget, unlike her sister, is still an outcast, but she cares about her sister. Ginger may now be a slut, but she’s also a werewolf and a killer, which means she’s still an outcast, and Bridget wants to reclaim her. 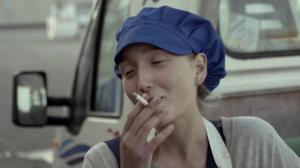 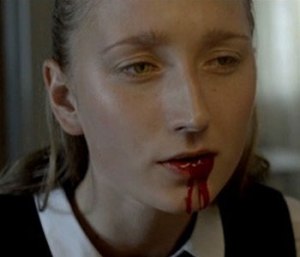 On the other hand, I’m growing hair on my body, my fingernails bleed, and I just had a nice meal of broken glass

Ginger Snaps is considered something of a cult film these days. Don’t let that label discourage you. If you don’t mind the gore, it’s a touching, scary, and occasionally funny film about growing up and sisterhood . . . and lycanthropy. I doubt When Animals Dream will even reach cult film status in the U.S.; it’s more understated and atmospheric than American films, and is often unfavorably compared to the vampire film Let the Right One In (2008). I would rank it below Ginger Snaps. And yet it has its charms. Here’s a thought that might help you decide whether you want to watch it. Did you see both Let the Right One In and its Hollywood remake, Let Me In (2010)? Or, not quite as appropriate, but still a help: how about the original The Girl With the Dragon Tattoo (2009) and its Hollywood remake (2011)? If you did, and you liked the Swedish originals in ways the American remakes didn’t capture, then the Danish When Animals Dream may be for you.

I enjoy history because it helps me understand people. I'm writing fiction for much the same reason.
View all posts by Brian Bixby →
This entry was posted in Reviews, Uncategorized and tagged Ginger Snaps, horror, horror films, movies, review, supernatural, werewolf, When Animals Dream. Bookmark the permalink.

10 Responses to Women as werewolves: reviewing Ginger Snaps and When Animals Dream