There seems to be a rule that “popular” writers are disdained by critics, if not in their lifetime then shortly after they die. After a few decades, if they’re lucky, some influential critics says, in effect, “Although I’m not supposed to like it, this writer was actually pretty good.” The next thing you know, critics hail the dead writer as a forgotten master of the written word. This is what happened to Robert Louis Stevenson, a “boy’s writer,” to Grace Metalious, whom I’ve mentioned elsewhere, and to a lesser extent writers such as Rafael Sabatini (still escapist, but a great escapist writer) and William Hope Hodgson, again as I’ve mentioned in another post. 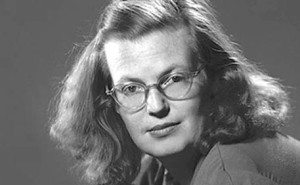 Well, it now appears to be Shirley Jackson’s turn to be rehabilitated. Not that Jackson (1916 – 1965) had ever been completely forgotten; “The Lottery” and The Haunting of Hill House ensured that fans of psychological horror would never forget her. There was more to Jackson than horror, however. Jackson was also a social observer, critic, and satirist, and a wonderful stylist.

Which brings us to Hangsaman, Jackson’s second novel, originally published in 1951 and reissued by Penguin just last year. One of the dangers of a critical revival is that everything gets republished. Hangsaman is simply not among Jackson’s best works. She mixes satire about progressive colleges with the psychological horror of being a college girl from a very unhealthy family environment. These two aspects don’t always work together; in fact sometimes they don’t have much to do with each other. And the ending is likely to leave most readers confused or annoyed, though it does fit the folk song, called alternately “The Gallowstree” or “The Maid Freed From the Gallows,” from which the title is taken. 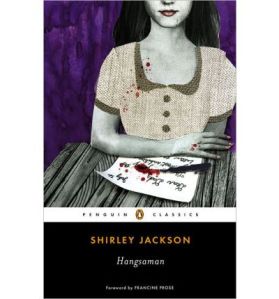 So why read it? Jackson’s satire and her style. Her depictions of literary and college life are painfully funny and superbly written. Her portrayal of the mental state of the protagonist, Natalie Waite, all by itself sets the ominous mood of the novel. The novel hardly needs the occult elements that appear toward its end. Every so often while reading this novel, I said to myself, “I wish I could write this well.”

It’s also possible this novel will strike home with some readers, particularly people who can recall struggling to establish their personal (and sexual) identities in college. Natalie prefigures Eleanor of The Haunting of Hill House: both unsure of herself and drawn sexually to strong male and female characters. It didn’t end well for Eleanor; how it ended for Natalie I will let readers judge.

I enjoy history because it helps me understand people. I'm writing fiction for much the same reason.
View all posts by Brian Bixby →
This entry was posted in Reading fiction, Reviews and tagged Fiction, Hangsaman, horror, psychological horror, Reading, review, Shirley Jackson, Tarot. Bookmark the permalink.

5 Responses to Hangsaman by Shirley Jackson